Some of you may know I have recently been to Japan. I had a great time! One of the treats I let myself have was warabi mochi!  Actually I had to do a call out and ask the Instagram community exactly what I was eating! 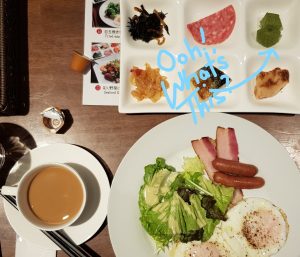 Turns out it’s warabi mochi わらび餅.  A matcha or green tea version.  It’s not a traditional warabi mochi as that is usually covered in soy bean powder but my initial taste of it was awesome.  And even if it wasn’t keto friendly it was such a small amount and I did so much walking I had only a slight quiver of doubt before eating it.

A quest was started.  I needed a way to make this back in Sydney!  So I went on the hunt for this “hon warabiko” which I had googled up after Instagram helped me out on what the heck this was.

Keep in mind I absolutely love(d) mochi.  The soft chewy texture and taste of peanuts was the best (I tended to only eat the peanut ones… and then I liked the fresh ones.)  Once I went keto I kinda forgot about them. Because I had to unless I wanted to find a way to make it myself.  But for some reason it just went off my radar.  Maybe because I thought it would be impossible as the rice flour that would make a normal mochi was going to be too high in carbs.

Back to the quest.  And at the time Tokyo… I went to a number of convenience stores and wasn’t able to find anything at all that would be “warabi” anything.  But then I stumbled across a gourmet type food store in the kitchenware district of Tokyo.  When asking the shop keeper he pointed me to the last bag of hon warabiko he had (I had my phone in hand and was able to show him what the internet had uncovered ingredient wise).  It was something like 1500 yen.  I only remember I paid about A$20.  For 100g.  But I figured I wouldn’t be back anytime soon so I may as well just buy it.  Thank goodness I did as that was the last time I managed to find it anywhere!  (And I found it on day 2 of a 10 day visit!)

Here’s a pic of the packet I bought so you can try and look for it yourself.  As you can see it looks a bit like cement but white!  (and in a much much smaller packet) 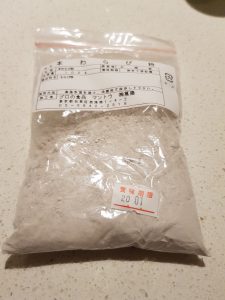 I did manage to make my own matcha warabi mochi once home in Sydney!  I’m very sorry but have no idea of macros / carbohydrates as I can’t find warabi as an ingredient on any nutritional sites 🙁

I made sure I made a super small batch and went to a friend’s place with my stash in hand so we could share it.  I also walked to and back from my friend’s place!  (There is a theory that I heard that you can burn off some of the glucose in your blood stream so it gets used first so you don’t ruin your fat adapted state…)

OK this is the standard matcha green tea warabi mochi recipe.  Which is going to be near impossible to make unless you can somehow find warabiko (warabi is bracken starch which is rare to find at least anywhere other than in Japan!).  Also I can't find out where I can work out the carbs for the base ingredient.  So while I think I ketofied it there are no guarantees.An alternative method of making this is offered in the notes.
Prep Time5 mins
Cook Time10 mins
Cooling time15 mins
Total Time15 mins
Course: Dessert, Snack
Cuisine: Japanese
Keyword: dessert, green tea, matcha, mochi, snack, warabi
Servings: 2 people

Warabiko (warabi powder) is super difficult to get other than in Japan.  And expensive.  It's made from bracken ferns and is a starch extracted from bracken ferns.  It's kinda a clumpy powder - looks like a bag of cement in white but small!  I paid about A$20 for a small 100g bag.   There is a cheaper option -- you can supposedly find Warabi mochi powder which is a rice flour (traditional mochi flour I assume) warabi mix.  That is a lot cheaper.  I picked up a bag when in Japan although the macros aren't great.  In the powder it's 82% carbohydrates!  And you do a 400mL water to 100g mix.  From what I can see that's meant to be for 6 serves so... about 13g of carbs if we don't take into account whatever sweetener to use.  So do-able but on the high side. There's also a lower carb option.  Using psyllium husk and okara flour/powder.  Okara flour is another specialty item from Japan.  This flour is cheaper than the warabiko.  I think I picked it up for about 200 yen or $2.50 for a bag of 200g.   Okara is left over soy bean pulp made into a flour and is a low carb option as it's mainly fibre.  See my keto mochi recipe for more deets.  This however makes a more traditional mochi.  I have yet to find okara powder in Sydney.  I haven't looked that hard but I thought I'd mention it.  Warabi mochi on the super cheap and easy?  Just use psyllium husk powder, sweetener and water!  How easy is that!?  But it's not nearly the same.  But very keto.  Check out the psylllium husk warabi mochi recipe that covers this option. I've also seen reference to using potato starch.  So maybe the resistant type.  Maybe give this a go if you don't like any of the other options.

Here’s the texture of the warabi mochi and what you are looking for:

So whilst I am not sure what the carb count is, I was happy enough with this recipe which was still low carb even if it could have possible been non keto.

There were a number of places where I saw them making warabi mochi and I may have indulged once or twice… with lots of walking of 20,000+ steps a day it was more than fine!

As you may have read on the recipe card, there is an alternative to making mochi using psyllium husk and making it very keto friendly and very easy to get the ingredients.  It’s not a warabi mochi but it hits that need for something QQ.  QQ is a term I’ve heard for years and wondered what it means… it’s kinda a squishy, bouncy texture.  Often used to describe tapioca pearl balls.  Someone let me know if there is an English equivalent to “QQ” or “qq”.

There is also a Warabi Mochi powder you can buy in Japan (and other places I’ve been told but have yet to find it in Sydney!) which is a lot cheaper.  Here’s what it looks like: 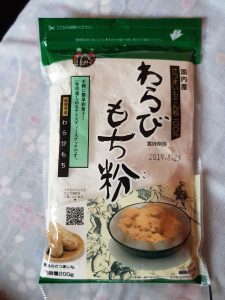 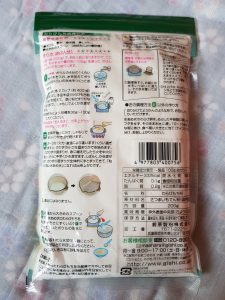 If you can read a Japanese nutritional panel you will see the carb count is huge!  It’s 82g for a 100g packet.  So definitely not keto.  It’s not something I’ve opened but I have it on hand if I ever make it.  For some reason I think the actual hon warabi ko will be better macros or at least it may be a resistant starch.  Who knows?!

An alternative was to use okara powder which is keto friendly.  I’m not sure if it’s that much better than psylllium husk!  (Mainly because psyllium husk is so much easier to source!) 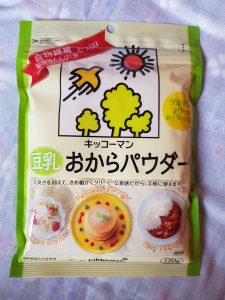 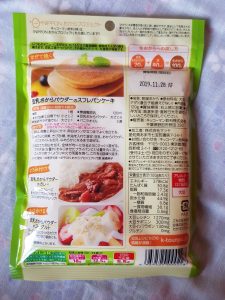 But the macros show that it’s 6.8g net carbs for every 100g of powder used.  So it’s keto friendly!  Okara is the by product of making tofu or soy milk.  Years ago I use to feed all my okara from the soy milk I made to the chickens (when I had chickens that is!)  I could have been making my own keto friendly flour :).

So that’s my mochi adventures.  There may be a continuation of this if I make more mochi soon.

Let me know in the comments if you know how to work out the carbohydrates in warabi.